Follow along to build your own LEGO Star Wars Slave 1 MOC microfighter.

The custom ship seats a LEGO minifigure in the cockpit in two orientations. When the Slave One is vertical, the single control panel piece is removed so that the minifigure can sit upright.

The Slave 1 (or Slave One) is a Firespray model ship. This Firespray creation uses many speciality parts and several rare parts in colors that required special ordering from resellers. It includes a small clear LEGO attachment to allow the ship to stand vertically. Vertical is the standard flying mode for the Firespray. 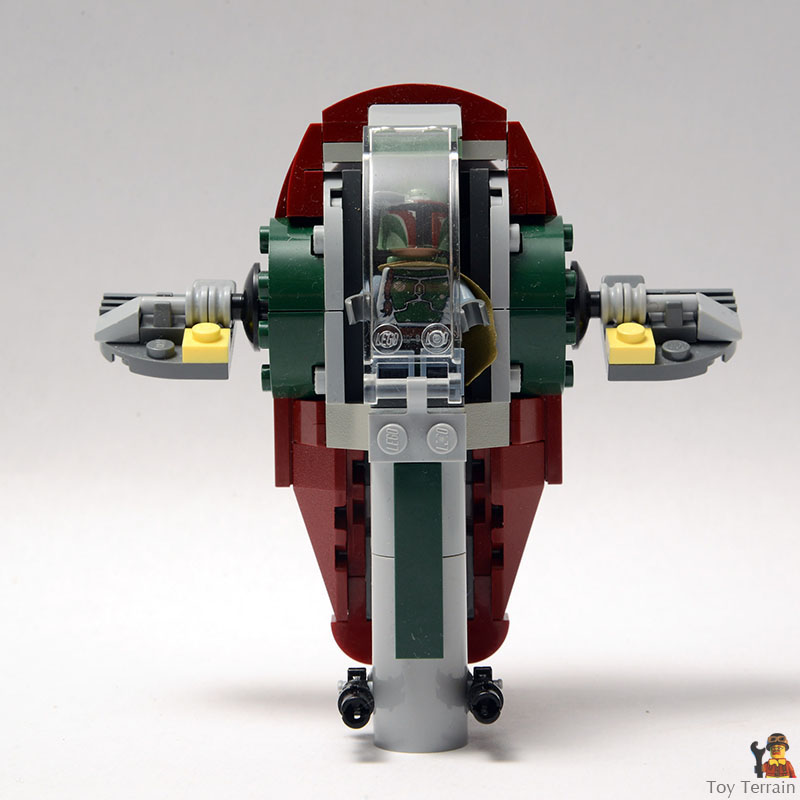 Here’s our Rebrickable page where you can get the plans and parts list for a small fee.

The Slave 1 was made infamous by the bounty hunters Jango Fett and his son Boba Fett. It was originally part of a small fleet of prototypes, but when Jango stole the Slave I from the prison planet Oovo IV he destroyed the other ships during his escape. Jango and later Boba modified the ship to become the Slave I. For many years the Slave I was the only Firespray in existence. Years later the Firespray design was revived by its manufacturer Kuat Systems Engineering to serve in its original role as a small patrol and attack ship.

Follow along to hear about our MOC design process and to see official LEGO Slave 1 models. Then watch the MOC build here in our Toy Terrain video from our Youtube channel

If you want to just get the plans (for a small fee) rather than watch the video, check out Rebrickable.com. (See our eBay seller page for any built ships that might be for sale.)

Back to home page.